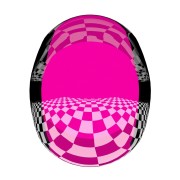 Family and friends to gather in Liverpool on August 2 at 5:30pm in Temple Square (behind Dale Street) to remember tragic teenager and campaign against homophobic discrimination.

Family and friends to gather in Liverpool on August 2 to remember tragic teenager and campaign against homophobic discrimination.

A vigil is being held in Liverpool city centre to mark the eight anniversary of the murder of teenager Michael Causer.

The ceremony, due to take place on Tuesday August 2, is organised by the Michael Causer Foundation and Merseyside’s Lesbian, Gay, Bisexual and Transgender community.

The trainee hairdresser was brutally attacked as he slept at a house party back in July 2008. He suffered bleeding to the brain, and died a few days later, on August 2nd 2008 after receiving brain surgery.

His parents believe it was a homophobic attack and they set up the Foundation in order to provide education, motivation and accommodation for young LGBT people like their son. The foundation especially tries to help the young LGBT people who are homeless or find their lives at risk.

Family, friends and campaigners will gather together in memory of Michael at 5:30pm on August 2 at Temple Square (just behind Dale Street)

The LGBT Liverpool Choir are hopefully performing at the vigil and also it is expected that some surprise guests, Emma Baldry and others will address the audience, alongside our chair, former Lord Mayor Gary Millar and Michael’s parents.

We would be delighted if you can join us and our civic and community leaders in showing Liverpool as a diverse, inclusive and accepting city.